Youfie is now the Apple App Store - And its purpose for anyone to figure out. 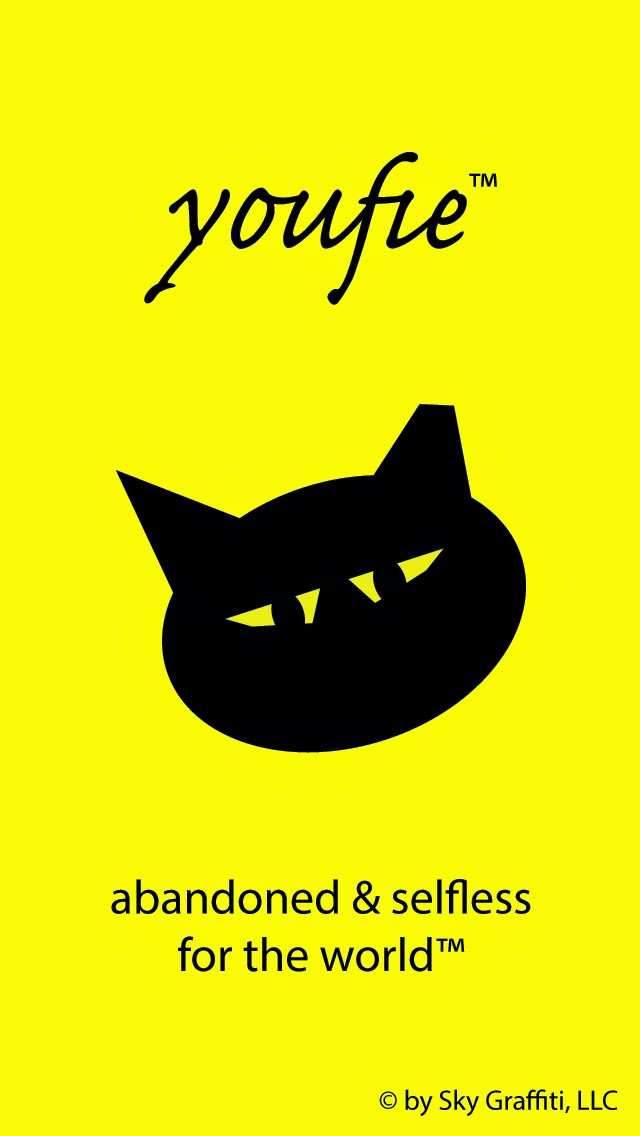 When we think of social media and the internet nowadays, we also think of our known footprint and accept that our identity, and its persistence in systems, is what is used to better target us.  This is the reality that, in some countries, is being scrutinized to protect privacy as much as figuring out the economy of releasing such information.  Of course capturing our identity and proclivity has been built by design to support the industry that give us these wonderful tools that "make the world a better place" (dixit every start-up and silicone valley companies).  And not too long ago came a simple sharing tool called SnapChat.  They decided to make pictures and messages private and ephemeral.  That simple decision is not based on any system limitations, but instead it is an intentional feature that gives an element of privacy that has been lost in the era of FaceBook and Tweeter.  This simple element of privacy and disappearance of content is reminiscent  of a simpler time.  But perhaps more importantly of the freedom that comes with it.

It that same spirit, we created Youfie, which is now available in the Apple App Store for your IOS device.  Instead of dealing with an ephemeral limitation, I chose the anonymity as the shield to freedom and privacy.  In fact with Youfie no registration is required and every picture taken is simply dropped at its location with no trace to the author.  Furthermore, the author relinquishes rights to the picture as does Youfie.  Basically the picture has been taken and abandon in its location for anyone to view with no knowledge of its author, and no one knowing who has viewed it.  I felt that this would encourage many different use cases.  Imagine taking a picture of a political situation and knowing that you won't be traced for bringing awareness.  Or walking in Yellowstone park and seeing what was taken by others on the spot you are standing.  Perhaps just knowing what has been captured in your neighborhood.  No application capturing identities could reveal this unfiltered reality.

As simple as taking a polaroid and dropping where you took it for others to see.  Now do with it as you please and no one will know who took that crazy picture of ...  Try Youfie capture, abandon and explore.
Posted by Unknown at 2:07 AM