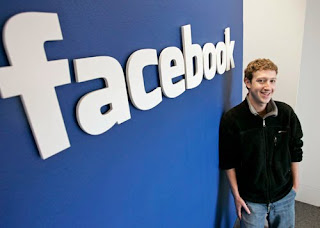 All of us who worked on social and collaborative computing in the 90s know very well that Facebook is not a technical innovation, but rather a success based on timing and a brilliantly selected seed-community. I worked for Lotus and IBM where I directed, in 1996, a team of engineers to develop my vision of on-line communities; InterCommunity. I presented it in 1998 at Comdex in Paris with France Telecom as our alliance partner. We were there already, and we were using Notes/Domino as the back-end to a Web community portal where people were invited by the community leader and its members. Unfortunately IBM closed the project in 2000 and re-used it for enterprise collaboration as IBM did not see a consumer market for InterCommunity (same old story ;-). Since it was IBM's intellectual property I could not exploit it once I left.

During my 20-year career, in social computing research and development, I have seen similar ideas emerge simultaneously unbeknownst to their creators. This is particularly true in the Web era where the mere exposure to new paradigms and ways to communicate offer a common framework for thinking about opportunities (at the same time and all over the world; now compute the likelihood of simultaneous eurekas) . Ideas rarely happen in isolation and we know that... they emerge from serendipitous convergence if exposure to clues and answers.

I have met brilliant creators of community-driven solutions. One in particular who was ahead of his time is Frederic Soussin. He created in 1996 a face-book like light-client application using early iterations of P2P principals with his product called Kanari (before Ray Ozzie's Groove). Others companies like Affinitiz created web-based community platforms (a few years before Facebook), but remain unknown to most of us.

So basically Mark Zuckerberg acted in a timely manner on an idea that was inspired by his time and existed in so many ways on the Web. But a small team of engineers at IBM knew that already 10 years before he started Facebook. He did not invent social networking, he put it on the map for all to enjoy... and for that my hat off to Mark.

In this age of unprecedented communication, the creation and ownership of a solution is just not as meaningful as its timely deployment. I wish that venture capitalists and large organizations with talent would get this instead of over-thinking the technology and creating dream-pipe sales forecast spreadsheets to appease the old guard. Many brilliant solutions remain under developed because the business world has not caught-up with the reality of fast business creation that are constantly threaten by the next idea. When you look at the big new players like Google,Facebook, Twitter... you realize that most of them just put it out there and did not have a real plan for success or any idea as to how it would succeed. Paradoxically investors want new ideas to have 5 year forecasts and tight business plans. I can't help to see the irony. So if you have a good idea, stop wasting time convincing the old guard and just put it out there! Then perhaps you will be noticed by the right audience; your users. Then the investors will come.

Thierry,
Former Director of Action Research for Lotus/IBM
Posted by Unknown at 7:36 AM 1 comment: