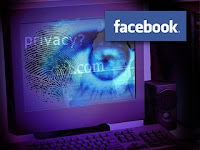 I am considering removing myself from Facebook in light of their new privacy settings and ability to keep and share information with 3rd party companies. My activity will be limited and will eventually end. As most of my friends and former Lotus/IBM colleagues know, when I researched on-line communities of interest from 1995 to 2001 and created InterCommunity (a pre-Facebook of the mid-90s that was too early), my main concern back then and now is still the same; privacy! I also believe that Facebook provides enough privacy control for its users. Nonetheless the issue remains that they have the information and not the users. Unless serious legislation is pass to protect our privacy, or that we finally use the internet for what it was meant to be instead of a next generation-mainframe, I fear that trust can't be given to Facebook, Google and other personal information custodians.
Posted by Unknown at 9:50 PM 3 comments: