The Hostile Takeover of the Social Web: Ground for conquest! 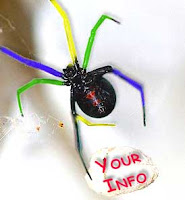 The Web is suppose to be just that; The Web. But today it looks like the Web is being redefined again by Web of Social Connectivities. This is subtle difference but a significant one and this is why:

The Web is foremost a physical architecture about distributed nodes that can be connected to each other directly through IP addresses. In this fundamental and original model, everyone can store information and access information stored on other nodes. Basically central storage is not required, and the information is controlled by its owner. But when search engines came about and crawled theses nodes to make a centralized index, a worrisome transformation occurred... information was copied, captured and ranked centrally. The search engines appeared as giant switchboards when in fact they copied everything and pointed out the sources of origin for us to access (you would be surprised at how many people don’t know that the Web is copied and stored by Google). We basically reverted to the mainframe model unbeknownst to us. And now come the Social Web where the connections about our private communities of interest are the next thing to be centralized and capitalized upon. Once again, as recently announced by Google, Bing, Facebook and Twitter our relationships and connections are being indexed and centralized to strengthen search at the expense of privacy.

Is this our only option to be connected and find information? The answer is “no”. In the late 90s and early 2000s many options where emerging that could have ensured privacy and leverage the Physical Web. Solutions like Groove, created by Ray Ozzie (also the creator of Lotus Notes), a peer-to-peer solution that only acted as an IP switchboard for content located on its users’ computers. Napster was also very successful at distributed file sharing but made the mistake to challenge record industry. Sun Microsystem has an open source peer-to-peer protocol called Jxta for developers to build such solutions. Many others who tried to build a Web of information routing that was true to the Physical Web have failed because they were disruptor to the mega-empires of centralized data and distribution channels that were emerging at the time. The record distribution industry was possibly the culprit of this mainframe vision tipping point (unbeknown to itself).

So if today you have not gone into your Facebook privacy settings and ensured that your web index is toggled off, your private information will be indexed by Google.

For some of my friends and colleagues who have been following my posts about privacy and my passion for organic peer-to-peer technology as the fightback model to centralized storage, now is the time to think about the creation of distributed indexes and routing technics that respect information ownership and permission sharing with its authors and communities.

The problem will get worst but the solution is within reach; that’s what is great about the Web. It will be adopted once people realize that their privacy and their networks are becoming a merchandise. Until then I will continue to promote alternatives that will evolve towards a truly distributed and privacy-friendly Web.
Posted by Unknown at 2:11 PM 2 comments:

Is Google missing the mark with Google Wave? 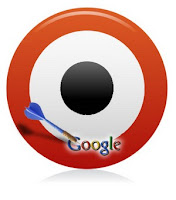 From my perspective Google Wave is revolutionary. But alas Google Wave is a big disappointment to me. Not because of its features and poor gadget library, but simply because Google missed their market. Google Wave can be a real breakthrough for enterprises seeking to inject contextual key business processes in communication flows. This way teams could easily engage in collaboration and deliberation, and pull within the context of conversation business applications and structured actions that benefit the organization’s core processes, thus feeding executive and project manager dashboards as decisions are made. It could be the bridge that reduces the growing gap between structured and unstructured business information.

So why would it work in the enterprise and not the consumer market? As I have been trying to engage my community (business, friends and communities) in Google Wave, it became clear that the communication alternatives of email, social networks and micro blogging was too comfortable and overpowering for Google Wave.

I think that Marissa Mayer (Google ‘s Vice President, Search Products & User Experience) dropped the ball on this one. Basically she failed to study the user experience in the context of today’s known disruptors and distractors to Google Wave.

This is a case of a consumer market company not seeing that the enterprise was the low hanging fruit. I have to add that is refreshing... given that I have witnessed many missed opportunities by Lotus and IBM to bring solutions to the consumer market that were better suited for on-line communities than executives.

To paraphrase a great French thinker, “All applications are equal but not at the same time or place”.
Posted by Unknown at 8:40 PM 1 comment: 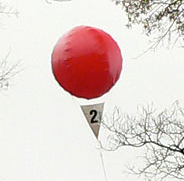 MIT acted as a broker to the DARPA project by dividing the winnings according to a race-reward-sharing model for anyone who delivered the coordinates to MIT. They acted more like HBS than MIT on this one. In my opinion this test demonstrates that the Web and social networks are not ready to rival institutions who can basically shortcut and inject themselves as brokers. Additionally, very little was learned or demonstrated as MIT hijacked to potential innovations that could have to emerged from the challenge. MIT won by bribing instead of innovating. MIT should not exhibit confidence in the victory. MIT's victory did not teach DARPA was that wars can be won by trade and economics; the history of conflicts have thought us that very well. I am disappointed in MIT's approach and feel for all who tried to use new technologies to discover new ways to gain awareness.

Information Awareness and Discovery for Life Sciences and Pharmaceutical Companies 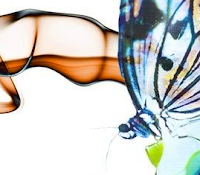 Success for lIfe sciences and pharmaceutical companies is often associated with their ability to manage knowledge transition and information sharing. This is especially true as as they deal with the challenges of many recent mergers in the industry. The segregated systems where the departments’ collaborative efforts are stored represent a significant barrier to business continuation and leveraging knowledge. As system integration analysis and process streamlining efforts struggle to unify these systems, the companies are losing precious time to better manage their R&D, clinical trials, and manufacturing, all the while ensuring efficient CRO and CMO monitoring relationships.

Considering that these companies are knowledge intensive, it is critical for them to improve R&D productivity. However, the increasing complexity of information systems and the increasing amount of semi-structured collaborative technologies increases the level of information overload, growing work flow complexity, and knowledge isolation through diverse communication and storage tools.

These companies’ organizational models are in the perpetual struggle of managing rigorous processes and needing to be flexible and organic in their structure.
Mastering knowledge in a timely manner is key to their evolution and discovery processes. This is why Darwin Ecosystem takes a different approach to accelerating information consumption by breaking the silos of knowledge to allow for meaningful discovery. Our technology aggregates the information made accessible through simple syndication channels (RSS) and correlates it to deliver an awareness experience according to the user’s context of interest. This presentation, known as a Scan Cloud, immediately displays what is happening across the organization’s departments by outlining correlated clusters and dimension classes that make it easy to grasp what is happening and direct attention to the information of interest.

Darwin’s Awareness Engine is designed to evolve with the company and its users, and it can process new sources on demand, thus adding to your corpus of correlated information. There is no need for complex dashboards, strenuous process analysis and complex system integration. All that is required is to make the content available to the service as an RSS feed. Darwin’s Awareness Engine will correlate the content as it comes. The experience can also be enhanced by customizing the taxonomy according to the company’s cultures and context. Darwin provides an awareness of what is d going both inside and outside the organization so that emerging themes do not get lost in silos.
Posted by Unknown at 2:24 PM No comments: