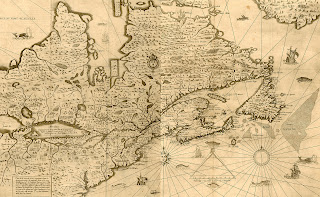 I am French and born in France, also American and Canadian (very confusing for custom agents ;-).

I spent most of my formative years in Montreal as child and teenager at a time when being French in Quebec was not an advantage. They called us the maudits français (the damned french). Admittedly for good reasons, the french, and I know what I am talking about, always complaint and they have a self-proclaimed claim to a superior knowledge and perception of what the empirical truth should be. Now wrapped this little package in an impeccable linguistic mastery of nuances, and voila! You now have the perfect recipe to create an obnoxious persona that all secretively envy and hate out-loud.

Living from time to time in France, Canada and the United States has given me an interesting perspective on how the french are perceived, see themselves and see others. What appears to be universal is that the french hold a high position in culture and knowledge from centuries of self-affirmation and recognition by others mimicking their social contract, art and engineering-focused education, entrepreneurship (sorry W, but entrepreneur is a french word), and of course gastronomy. No wonder why the french can afford to be so damn arrogant. To further feed this perception, I am always amused to see how wealthy Americans, Russians and now Chinese seek to adopt the french style as if it allows them to pretend to be understanding of the french.  It is faltering, but all I can think of is that they are being taken to the cleaners by unscrupulous merchants of objects and services designed to dress the naked emperors that they are; If you want to be french you need to learn in order to control, show-off what you know to claim victory, confront people about it, do not care if people hate you, and when asked to do something always say “non” first so that they offer you something to change your mind. If you can master that, they go ahead and purchase your Louis XVI furniture, but by then you might just think that it is too gauche and predictable. And that is something that is just beneath you at that stage.

Ok so I had fun writing the last paragraph. So what about the New Nouvelle France? For the last few years I have been going back and forth from Boston to Montreal for business and noticed an incredible influx of young and well educated french immigrants, at a time where things are not so good for french graduates in France. This generation is impressive, smart, fun and has something I have not seen in french people since my days in Paris during the mid-90s’ tech boom - They want to succeed, create, learn and enjoy a life that is intertwined with intellectual pursuit and real social connections to others (and not just the french). This is a departure from the sad and doomed France of present days where people expect to be helped by the government as they are depressed by the lack of job opportunities. Unfortunately some have the illusion that socialism is a refuge for a secured future. Not the case at all for those who take a Darwinian leap of faith to come to Quebec to seek opportunities and new lifestyle. This is why I now call Quebec "the New Nouvelle France". It is being colonized by a generation of French citizens who have a superior ability to take risks and be open-minded. I applaud them for leaving a France that is less and less enviable, corrupted (let's put this one on hold for now), depended, and doomed to fail for lack of innovation and a false confidence that is rooted in exploits of the past.

I strongly believe that the future of the true French spirit, quench for knowledge and conquest is being revived in the New Nouvelle France.
Posted by Unknown at 11:41 AM 2 comments: