The “Millennials” -- The Disconnected Connected

The “Millennials” are marked by an unnoticed plague. Social media is this generation’s ignored toxic habit adversely affecting their  social and mental health, just as smoking was in the ‘60s to our bodies. 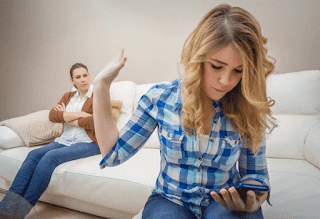 We can all observed this generation’s dependance on mobile communication.  We think of it lightly and we only see the surface of its disruption. In fact, we are often outraged by this singular consumption that occupies our youth’s myopic attention and focus.  We see the peril of the experiences they are missing for being unaware of their surroundings as they have their heads buried in a dimension that makes an abstraction of the here and now.  We can also argue, if we dig a little more, that this lack of awareness is weakening their ability to learn the patterns associated with the movement of life itself, and detect the opportunities and threats that lurk around them.  How many fall while texting? How many can’t recall the landmarks from home to school?  How many feel helpless recollecting basic knowledge they can’t reference on their smartphone?  Have you seen a young police officer texting instead of looking at the traffic patterns? — Ok, that one might be useful. I recently witnessed a flight attendant, about 25 years old, so consumed by texting that she was not responsive to her duty to open the doors despite being summoned over the PA. These are only a few first degree examples and observations.  But what about the ramifications of these behaviors?

What happens when a child has unfiltered communication with its peers?  What happens to the mind’s ability to memorize and learn when instant gratification occurs when seeking information on Google? What happens to parenting when parents tolerate their children’s subterranean life as an excuse to find relief from their busy schedule?  Technology only accelerates time and space in our physical and social reality.  It is far easier to measure technology’s disruption in the physical world.  In contrast, the social ecosystem is far more complex because it is an arbitrary reality that we accept according to beliefs, protocols, socio-economic pressures, and the search for a relatively happy life.  Just like our planet, our social system and its mechanisms have evolved over time.  Our need to establish a social protocol through rituals to collectively transcend our ephemeral individual existence is the primary and most common driver for the growth of humanity.  We have created methods and disciplines around our ability to co-exist, find peace and trade — I would postulate that religion is an early social tool created for governance as humanity expanded.  But what happens when we accelerate and fragment the tapestry of what connects us?  A simple example is the practice of politeness as a necessary tool to facilitate a possible trait through mutual respect.  Isn’t it interesting that the more we feel autonomous and fulfilled, the less we observe polite behaviors?  Have you noticed that often young Millennial adults are rarely polite and have a strong sense of entitlement. Are we surprised, or do the parents amongst us feel a sense of responsibility?  Have we bought tranquility by purchasing mobile phones, video games, and praising their mediocre accomplishments?  We knew better as parents, and we simply allowed this to occur as so many of our own parents allowed a great deal of us to watch television as the alternative babysitter.  No one is innocent.  The fact is that the fast adoption technology occurs without consideration for its social and mental health impact.  Technology’s acceleration of communication is of course a disruptor and will force change.  We know enough about the adverse impact that technology brought when we crossed the Atlantic, invented the phone, and exposed our beliefs and lifestyle through television to cultures that exercise control in areas where we have freedom.  Yes, people are threatened by change because change worries us.  It is unavoidable and our respective social models are designed for self-preservation.  But here is the real issue.  The more we isolate ourselves, and surrender to providers, the less we understand what it takes to evolve and survive.  We are being distracted and fulfilled by the seductive value proposition of unfiltered communication and creating silos of social media friends that look like us.  The result is that we are building a false certainty of ourselves and the world.  The system narrows our view to those like us, and consequently it diminishes our ability to grow, to create and to find opportunities from differences.  Humanity only evolves through necessities.  Remove it, then certitude and provisioned comfort will simply atrophy our ability to make decisions, and ultimately, survive.

Having all the information at our fingertips, when the same system further isolates and atrophies us, is the paradox that cripples our awareness of the risk ahead.  When knowledge is not needed, and when we are content with the way things are, we will stop to evolve.  Generation X owns some responsibility for indulging and turning a blind eye for the sake of convenience. The outcome is palpable when we try to educate and challenge our youth. We are disliked and rejected for not being a BFF and the unconditional provider they see us as. Many Generation X parents and employers simply resign themselves by looking for ways to reach the Millennials on their terms. In doing so we sink them further in the certitude of disfunction. We need to buckle up and bring real discomfort to the Millennials because necessity is a necessity for humanity to move forward.
Posted by Unknown at 2:42 PM No comments: 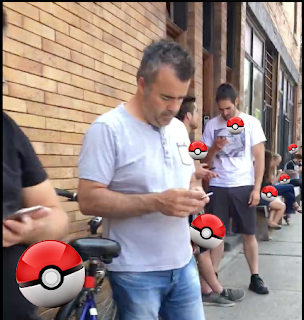 This is a fascinating tale of  how "too much too fast" can lead to a dramatic failure.  But it is so revealing of human nature.  This need to collect, lead, and be on the bleeding edge of the latest thing, is a demonstration of the recipe that drives us.  Even the most savvy techies were caught in this plot to exploit a generation's emotional childhood attachment to the Pokémon brand as a viral accelerator.  We don't mind being played, but this time the exposure was too great.  We now know that we can be truly aware of what seduces us.  We just don't like to be played and exposed for it. But more importantly, we demonstrated that we can reject it and remain in control.  But I challenge that it is the visible fast speed of change that fueled this rejection.  We are still vulnerable to the change that we can't notice - it creates a new normal that is unseen.  That is what gives an older individual perspective and retrospective to see the danger that lurks in the de facto acceptance and certainty of a younger generation.  We need cross-generational communication to protect our humanity and rights from a deliberate and undetected change designed to take advantage of us.  Not every innovation is delivered as rapidly as Pokémon Go for us to notice the absurdity of collective frenzy and blind buy-in.  We do conform and seek to be part of communities as a way to have a voice that is amplified to protect our rights, desires and some time unfortunately our sense of entitlement.  But in this case if and when I decide to open Pokémon Go, I will paradoxically raise my head to avoid the walk of shame.
Posted by Unknown at 3:59 PM No comments: