Webcom 09 - The Misplaced Fear of the Mainstream Media 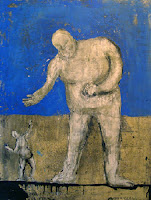 Permeating the Webcom 2.0 event was the discomfort and fear of mainstream media losing ground to the rise of social media.

The simple reality that information consumption is migrating into a Web dialogue leaves the mainstream media having to compete with what they label as unverified content, and thus accordingly, untrustworthy information. Again, a major perception shift from an industry that has a difficult time distinguishing between unverified written expressions and the wisdom of crowd. I often heard from many traditional media people attending such comments as: “How can people consume such rubbish and unverifiable comments?” “We are dedicated to verifying and delivering quality content that is far more reliable!”.

Formal content providers truly believe that without their controlled content people will have a distorted view of what matters and believe opinions over facts. From their perspective they are absolutely right! If people accept social media information as validated truth, we would have... well, isn’t this what we already have? The simple fact that opinions and discussions are transposed from the oral to the written form does not mean that it changes much regarding the risk of people being misinformed. People distort, fabricate and adopt their own points of view according to their social networks, whether it be physical or the Web. The battle is not one of formal versus informal, but one where formal content providers need to listen and engage in the dialogue.

I was also amused when I heard that mainstream media and large companies were questioning the value of social media and its content. These companies and traditional media spend fortunes on market trend analysis with voodoo-like rearview mirror reporting that only serves to give them an impact appreciation for what they did in order to improve the next campaign. The amusing part is that they have traditionally done this to measure opinions and perceptions to best attract customers, yet today they are worried about the volume of content created by the same people they have been trying to mind-probe through inference investigation. Can someone pinch me here?

The perception that has to change is not the one of the people (it is only a transposition for them), it is the one of the media companies who are far more feudal than the people, as they fear a loss of power. I believe that Thomas W. Malone’s 2004 The Future of Work a great tome on the transformation of business, is more meaningful today in the light of the traditional media companies’ challenge. But are traditional media companies capable of distributed deliberation and content creation with the emerging wisdom of crowds?

The ability to have a real-time written communication has changed the concept of readers and audiences. It is now a dialogue! And from that basis the media industry is transformed forever. Traditional media needs to rethink its relationship with its customers (yes customers as they are no longer passive). They need to focus on their core value of reliable information and take it to a new level that will preserve their integrity as their assumptions regarding the information life-cycles and distribution are changing. Some will understand that their business operating processes are the enemy and that they must create new ones.

Many media companies are becoming consumed by finding ways to become social destinations themselves than thinking about their core business value proposition and processes. These companies are taking the risk of becoming followers in the media revolution instead of becoming the leaders and champions of valued and verified information. In my opinion they are making a mistake as they are driven by following to catch-up instead of innovating and managing their own transformation.
Posted by Unknown at 10:29 AM 2 comments: