For many decades science fiction writers have fantasized about human-machine neural implants. The ability for humans to control machines with their minds (a reality today with the use of brain signals to move a mouse and prosthetic limbs) pales in comparison with machines capable of transferring knowledge (as seen in the early “Start Trek” or, more recently, the movie “The Matrix”), or event tap into our cerebral cortex to store information or create fabricated realities (as explored in “The Matrix” or William Gibson’s ? “Johnny Mnemonic”. MIT and CalTech are actively researching these options as the technology to interface the human brain with machine is becoming a reality. It is only limited by technological advancement, time and our biological understanding of the brain’s functions.

One aspect that has escaped most futurists and science fictions authors is the existence of a non-human neuro-pathway repository that is built from chaotic human experiences (let’s call it a Virtual Cortex). This concept is not far fetched when we observe the evolution of the WEB2.0 where events are accessible through RSS feeds. If you look at every event as recordable, categorizable and connectable to other events that are captured in time or within similar dimensions (categories), you can easily draw a parallel with the human’s ability to capture and organize the events that occur in their respective lives.

My work with WikiGazette exploits this concept to create an Ontotropic* Web Discovery Engine.
Posted by Unknown at 4:20 PM 1 comment: 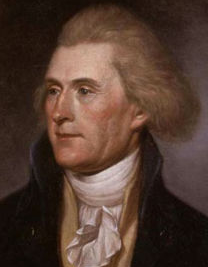 I went to see Religilous last night. I have to say that it was refreshing and it took me back to a time when it was OK to challenge religion and understand its role in the right time period (in school when I was 14! - JP Sartre, Albert Camus and Arthur Koestler; Granted! not part of the US curriculum, but still.). I have always be astonished that people in our century could still believe in religious anecdotal stories as if they were not figurative; and this across all religions. Which further proves the absurdity of religion in our increasingly unstable and self-annihilating capable age. I believe Bill Maher got it right in terms of demonstrating the absurdity and the dangers of blind faith. All of us recognize this, yet we put the blame on the other religious club; hence the problem. Like Bill Maher, I think that faith is a great thing to have when you are down; life can be quite absurd and you need to grab on something somehow. This being said one thing captured my attention in the movie; Thomas Jefferson’s view on religion. In fact Thomas Jefferson’s view on religion is pretty close to my own and the way our country’s relationship with religion should be. Funny that the principal author of the Declaration of Independence (1776), and one of the most influential Founding Fathers saw religion as having negative impact on the prosperity of democracy. He went as far as reducing the bible the its essential moral compass aspect.

Extracted for WikiPedia: From his careful study of the Bible, Jefferson concluded that Jesus never claimed to be God. He therefore regarded much of the New Testament as "so much untruth, charlatanism and imposture". He described the "roguery of others of His disciples", and called them a "band of dupes and impostors", describing Paul as the "first corrupter of the doctrines of Jesus", and wrote of "palpable interpolations and falsifications". He also described the Book of Revelation to be "merely the ravings of a maniac, no more worthy nor capable of explanation than the incoherences of our own nightly dreams". While living in the White House, Jefferson began to piece together his own condensed version of the Gospel, omitting the virgin birth of Jesus, miracles attributed to Jesus, divinity and the resurrection of Jesus. Thus, primarily leaving only Jesus' moral philosophy, of which he approved. This compilation titled The LIFE AND MORALS OF JESUS OF NAZARETH Extracted Textually from the Gospels Greek, Latin, French, and English was published after his death and became known as the Jefferson Bible.

Like Jefferson I believe in the essential need to illustrate morality for people to be prepared with social tools. After all, Jean-Jacques Rousseau did as much as reconciling sate and morality with the “Social Contract” in 1762. Now why is it that these great men, who influenced independence from tyranny and democracy, are not put on a higher standing to guide our moral values? (Oh yah right! They were not appointed by God ;-)

This is the next challenge I would like to see Bill Maher take on as a second step that might inspire people to educate themselves and look at alternatives... if self-moral governance weighs too much for us, of course!

Enjoy the movie and don’t fear speaking out.
Posted by Unknown at 12:44 PM 1 comment:

I express my experience and challenge a near the halfway of this video.
Posted by Unknown at 4:07 PM No comments:

As an early designer and adopter of collaborative technologies, from my days at PWC and Lotus/IBM, I have to express my enthusiasm and optimism when I read your article. The “Stories of a Possible Future” are very inspiring and offer a practical use of WEB 2.0 collaborative technologies that serve an initiated and dedicated community of users. I can’t help but make the parallel with the promise of breaking the enterprise vertical division through collaborative technologies with hope being that knowledge from one department would be visible in the other to improve responsiveness and productivity. Since then we have seen the emergence of runagate initiatives that move faster than the organization’s ability to absorb, thus creating an organic model for collaboration. These technologies and collaborative models are now available on the WEB. The reality is that they are not new. They have a greater reach and are initiated without governance. In reading the paper I found the scenarios compelling but still catering to a federated extended community. The social WEB2.0 social dimension and its interest in Global Warming through ideas and concerns do not appear to be captured and leveraged in this proposition. Furthermore, the elevation of scientific data to the common people for actionable use in terms of political pressure and awareness would require the Climate Collaboratorium’s actors be willing to extrapolate their finding in a consumable by the public. I also would like to understand a little more about rating information in such a complex corpus of information and simulation tools. The simple facts and highly rated information are not enough to have an impact when faced with socio-political challenges and interests. Scientists and reputable professors with empirical evidence and data are still challenged by opposition that serves to lower the reality being expressed. Throughout history evidence that conflicts with economic forces and the establishment are met with resistance. A collaborative Web can serve both sides and user ranking as a mean to elevate conflicting points-of-view. I would be very interested to see how a social conflict dimension could be made visible, as well as a physical constraint. Perhaps a consolidation of the WEB20 though contextual lenses, instead of popular ranking, with Climate Collaboratium would help bring awareness to the concerned and fragmented people and elevate the WEB20 contribution for research, ideas and social implementation feasibility.

In conclusion, this paper’s position was fascinating. It created more questions than answers and that is a good thing. It confirmed my interest and studying the need for contextual and multi-dimensional navigation and tagging. I look forward to more on harnessing collective intelligence beyond professional communities.
Posted by Unknown at 10:41 AM No comments:

Pont Neuf Bis - Against a Strong Currency, a Positive Outlook by the French American Chamber of Commerce; New England Chapter.

This is an article published about Pont Neuf Bis (my French product import business) published by the French American Chamber of Commerce.
Posted by Unknown at 10:33 PM No comments:

After many years of efforts and innovation in Knowledge Management we won recognition and are we being sponsored by the French government and institutions. We are now going to realize our objective of creating an Organic Relevance Service through "Delivering the Forest instead of fetching the trees"! More to come.... ..
Posted by Unknown at 5:52 AM 2 comments:

Simply the largest oyster I have ever eaten Before my return to Boston after enjoying friends and family in Paris, I went to eat one of my favorites before my return to Boston; “le plateau de fruit de mer”. Here it is… simply the largest oyster I have ever eaten! A “creuse” from Normandy of gigantesque proportion and taste. I did not spoil it with lemon or mignonette… I hate it whole, and it is no more!
Posted by Unknown at 6:56 PM 1 comment:

Four New England-based high-tech start-up projects are among the winners of the Young Entrepreneurs Initiative’s 2008 call for proposals.

Managed by the Office for Science and Technology of the French Embassy in the United States, the Young Entrepreneurs Initiative (YEi) helps US-based entrepreneurs set up business in France and leverage technical and financial resources in Europe and in the US. Successful candidates will benefit from organized business trips to France where they will meet key potential partners and will be able to validate the feasibility of their project.
Posted by Unknown at 6:07 AM No comments: