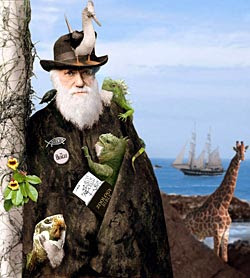 Micro blogs (Twitter), social networks (Facebook) and rich media posts (Flckr and YouTube) give us the ability to receive streams of events as they occur in near real-time about unfolding events or just answer our curiosity needs to know what’s happening in our communities of interests. Events such as Obama’s rise to the presidency, and today the protest against the election in Iran, have been fueled and benefit from this Web movement. What was seen as an ingenious way for the Obama campaign to spread it’s message, is now seen as the instrument of free speech and media control disruption in Iran. When an event is that important, and being watched by so many, we can count on the news to leverage and filter these sources for most of us. The reality is that unless your are passionate about a given topic or your social network, you would not think of going to micro blogs to be informed about what is going on. And the reason is simple... Why would you waste your time reading through hundreds of insignificant and chronologically sorted posts from people you don’t know? Even Connan O’Brian, as the new host of the Tonight Show, now has a satirical skit about how meaningless celebrity Twitts are in contrast to the hype made about Twitter. Who really cares if Angelina Jolie Twits “I am having a terrible coffee in Malibou”? So why the hype and when does it matter? The hype is there because many media have learned to use Twitter to reach a larger audience at no cost... that is why every media talks about Twitter. This basically gave all the media a way to do what they could not do with phone text messages... so they promote Twitter every time they can! Now why does micro blogging matters? It matters because it is the voice of the people (although fading quickly thanks to those mega-media spammers). This is where an important distinction must be made; the voice of the people is not the same as the words of every one. This is why no one who values his/her free time will read the chronological stream of 140 characters statements from people waiting in line to buy the new iPhone or complain about Junior High’s principal.

Micro blogs are chaotic in nature and increase our information overload, unless someone who cares about a given topic, observes, searches, filters, selects and delivers the valuable nuggets for us to pay attention. To this day the micro blogging phenomena has been focusing on self-promotion, community awareness, and used for people-reporting. Now how do we make sense of the information overload we all love to create and share? In contrast from today’s iteration with micro-blogs, DARWIN a WikiGazette LLC awareness and discovery engine, take a different approach by acknowledging the chaotic nature of this information, and focusing its model on the emergence of correlated themes coming from all even-driven sources.
Posted by Unknown at 3:05 PM 1 comment:

The Pulse 2.0 of Success

Organizations of every size believe their vision for the future must lead their actions to be realized. To ensure that actions are aimed towards that end, the challenge of the executive team is about gaining the trust, leading the inspiration and ensuring that the vision will be adopted and acted upon. An experienced executive team will also ensure that the organization’s stakeholders express their vision and share its ownership. This provides for a better feasibility assessment and execution commitment.

Maintaining and reinventing a vision is a highly iterative process that shapes future outcomes. This process can be most effective when observing measurable results as early as possible in the vision’s life cycle. The results are often used to measure if the vision was correct or requires improvement. Nowadays this form of measurement provides leadership with a rear-view mirror decision-making perspective. In fact, when an organization measures sales, it is the outcome of coordinated collaborative efforts that have often occurred months before becoming a key indicator of success. Today management needs to have real-time visibility on the company’s vision adoption and actions that lead to the measured result. With the emergence of Web 2.0 collaboration tools, many teams and knowledge workers use chat rooms, blogs, wikis and other means to coordinate their activities and implement best practices aimed at reaching their common goal. Unfortunately, this information and knowledge is rarely observed as a measurement of the pulse of what is going on day-to-day. These tools remain segregated, ambiguous and lead to perishable or ignored content simply because they are too heterogeneous to provide measurements. Yet employees use them for deliberation, decision buy-in, delegation and strategic purposes.

We have a platform that provides an overview of pulse of different initiatives across the enterprise’s Web 2.0 collaboration.
Posted by Unknown at 4:28 PM No comments: